A reader sent me a question about the Net Neutrality stuff that’s been in the news lately:

I keep hearing about net neutrality and the FCC’s new rules. What is net neutrality? Is it a good thing or a bad thing? Should I be worried about it?

I’d actually been meaning to write something about it, but hadn’t gotten around to it, so this seems like a good time!

Before I can really explain net neutrality, we need to go back to some basics, so that we understand how the internet works. A few years back, a not-too-bright congresscritter described the internet as a being like a series of tubes. Lots of people made fun of him for it. But honestly, it’s not a bad description! The network is something like a huge collection of tubes. Each connection has a certain amount of capacity, sort of like the diameter of a tube. What you pay for when you get connected to the internet is a connection with a certain amount of capacity, called bandwidth.

Net neutrality is a property of a particular kind of network. Any network is built out of a massively tangled web of wires and other kinds of connections. In the old days of telephones, telephones worked on something called circuit switching. Simplifying massively, in a circuit switched network, when you called your grandmother on the phone, the telephone network flipped a series of switches creating a circuit between your phone and your grandmother’s phone. The network would find some sequence of wires in the telephone network that ran from your phone to the local service center, from there through a sequence of switches leading to the local service center near your grandmother, and from there to your grandmothers phone. That series of wires was assigned to your connection, and the switches were set to turn that into an electrical circuit connecting your phone to your grandmother’s phone. 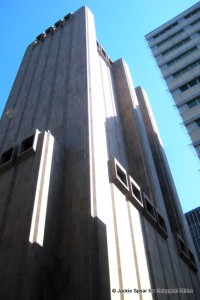 Circuit switching is remarkably inefficient. The wires carrying your conversation can carry a huge quantity of information, but the voice signal that it actually carried consumed a very small portion of it. It also required massive buildings full of nothing but switches! (For example, there’s this windowless skyscraper in Manhattan that used to be the ATT switching station for NYC. That huge building used to contain nothing but thousands upon thousands of electronic switches!)

The internet takes a different approach, called packet switching. Instead of dedicating wires to corrections, all communication on the internet is broken into little chunks, called packets. Each packet contains routing information that says where it’s coming from, and where it’s going. Your computer is really physically connected to a network called a LAN (local area network) that’s got a small number of computers on it. But one of the computers that’s watching on that wire is a special one called a router. The router is connected to both your LAN, and to some other network(s). It takes any packet that’s put on the network that’s supposed to get delivered to a computer that’s not on the LAN, copies it, and sends it to a network that’s closer to the computer it’s supposed to get sent to. That keeps happening – from network to network to network, until eventually it gets to its destination. The end result is a lot like what used to happen on the telephone network – some sequence of wires gets found which forms a path from your computer to the computer it wants to talk to. But instead of physically reconfiguring the network by flipping mechanical switches, some sequence of routers copies your packets, one at a time, from network to network to network until it gets to where it’s supposed to be going.

The key to the whole shebang is that copying step. When a network router gets a packet, and it’s capable of getting that packet closer to its destination, it’s supposed to copy the packet and send it on its way.

Network neutrality is a very simple idea. It says that your router has to treat all packets equally. It’s not allowed to look at a packet, and say, “Oh, that packet is from Joe, and I don’t like him, so I’m not going to send his packet”, or even “I don’t like Joe, so I’ll send his packet down a slower connection”.

Suppose, for example, that I want to watch “Arrested Development” on Netflix (they need some competition so check out: ShowBox App Download). To do that, I pay a monthly fee to my local cable company for a high bandwidth internet connection. I’m paying to be able to send and receive a certain amount of data per month, and I’m choosing to use a part of that bandwidth to watch a stupid comedy show.

So my computer sends a message to netflix, saying “Please send me this TV show.” I’m using the bandwidth that I paid for – both the upward bandwidth to send the request, and the downward bandwidth to receive the packets from the video stream – to send and receive packets from my local cable companies network. As part of my agreement with the cable company, they’re not just supposed to provide me with access to computers on their network – they’re supposed to route my packets out onto the broader internet, and to provide me with a certain amount of bandwidth to do that.

My request goes from my computer to the cable company’s computer. From there, it probably gets sent onto a backbone connection – one of the very high bandwidth connections that, as the name suggests, form the backbone of the internet. My cable company needs to pay for that connection. They pay for a certain amount of bandwidth – both up and down, and the service that I paid for is really a slice of that.

From the backbone, the request goes to an Amazon datacenter. (I think Netflix uses Amazon’s EC2 servers.) Amazon paid for a connection to the backbone, with a certain amount of bandwidth. Part of that is downward – to receive messages like mine request to watch a TV show, and part is upward, for them to send me the packets in the video stream that make up the show.

At no step of this chain is anyone free-riding. Every bit of bandwidth is paid for.

Should you be worried about it? Hell yes! Neutrality is the entire reason that the internet, as we know it, exists. Take it away, and it becomes close to impossible for new businesses to set up shop and compete with existing ones. Netflix has lots of money; if Comcast decides to demand that they pay extra for their customers to be able to watch movies, they’ll be able to afford it. But a new company that wants to set up shop and start competing with Netflix won’t have the resources to do it.

But ignore all of that. The real thing to understand about the opposition to net neutrality is that it’s all about double billing. Internet service providers are already highly profitable businesses, and they deserve to be. They’re providing a valuable service that requires a substantial amount of expensive infrastructure. They built that infrastructure, and they’re profiting from it. That’s all fine. But what they’re trying to do now is say that when you pay for a service, they’re not obligated to actually give you that service unless someone else also pays for it.

That’s what it’s all about. Net neutrality is really just saying that you buy bandwidth from your ISP, and they have to provide that service. When they try to claim that they should be able to separately bill a company like Netflix for their traffic, what they’re saying is that they want to hold the service that you already paid for hostage until they get paid for it again.

Under the arguments of the anti-net neutrality people, the telephone company should have been allowed to say “Ok, sure, you paid for the network to connect to and talk to your grandma. But we’re not going to let you talk to her unless she also pays for the connection that you already paid for.”